Rabbi Andrew has been the spiritual leader of Ramat Shalom for two decades. “As soon as you meet him,” says one of his students, “you just know that he loves to teach.” Rabbi Andrew’s adult education classes make Judaism come to life. His discussions with children and teens are dynamic. He incorporates learning into services and holiday celebrations in ways that add to the meaning and spirituality of the moment. On top of this, Rabbi Andrew is an incredibly warm and caring person who goes out of his way to connect with us all. Put simply, once you meet our Rabbi, you’ll want to come to synagogue! 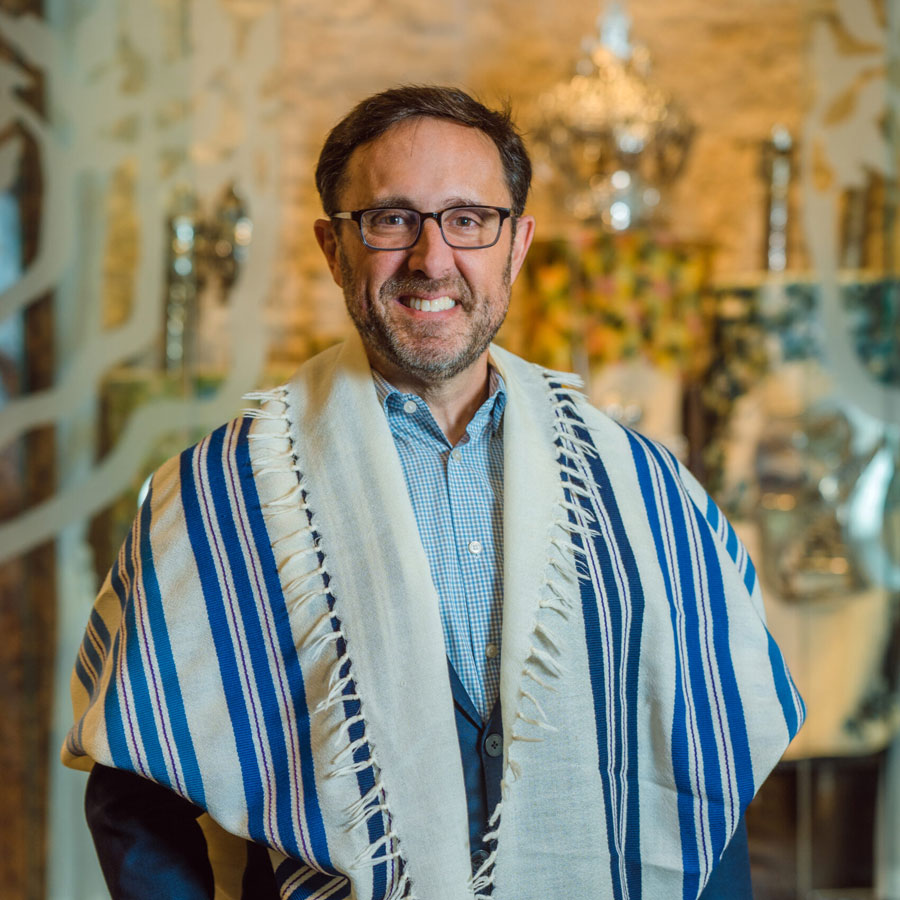 When you do meet Rabbi Andrew, he’ll probably give you his cell phone number. He believes that a Rabbi should be accessible for any reason. While he certainly enjoys meeting with people face to face, Rabbi Andrew appreciates that busy schedules make it challenging for many to connect with their Rabbi. “There are so many ways for folks to reach out and connect with me when needed,” says Rabbi Andrew. “I get many calls, emails, texts and social media messages from congregants every day,” he explains. “Some folks have a simple question, some are sharing good news and some need support as they struggle with life’s challenges.” Ramat Shalom’s teens and college students regularly connect with Rabbi Andrew using social media and texts – as do many adult members of our community. “While lots of folks feel too connected these days,” says Rabbi Andrew, “being accessible to my community allows me to be actively involved in their lives and this is a blessing.”

Rabbi Andrew is deeply committed to Jewish education. He’s actively involved in our Early Childhood Center, our Hebrew School and our iServe program. He believes strongly that Jews of all ages have the right to learn about their faith and puts a great deal of time and energy into building a vibrant adult education program at Ramat Shalom. Several years ago, before most people were thinking about it, he built ChatTech, an online Hebrew School that gave students the ability to learn wherever they are, whenever they had the time. Today, he has incorporated technology into our synagogue and classrooms in ways that make it easy to connect with Ramat Shalom wherever you are.

Our Rabbi was raised by Jewish parents, but had no real Jewish education growing up. His Jewish journey began when he was a student at Vassar College: “It was my freshman year in college. I was doing a research project on my family’s immigration to the U.S when I stumbled across a photo of my great-great grandfather. He was a rabbi. I remember looking at his photo and just feeling this incredible desire to reconnect with his culture…to my culture. That was the beginning of this amazing journey, a journey that thankfully continues today.”

Rabbi Andrew is proud of the fact that he became a bar mitzvah when he was 26 years old. As he tells us often, he knows firsthand what it feels like to have questions about Judaism and be too embarrassed to ask them. Rabbi Andrew reminds us that all questions are good questions, all questions can teach. He believes that no matter what your Jewish background is, you have the potential to teach others. “We’re all teachers and students,” is one of his favorite lines.
On a regular basis, Rabbi Andrew officiates at a Shabbat service during which one of our children becomes a bar or bat mitzvah. If you have not experienced one of these services, or one of our Kabbalat Shabbat services, we invite you to do so. The energy and warmth that Rabbi Andrew and our Cantor, Debbie Hafetz, bring to each service is wonderful.

Rabbi Andrew was ordained by the Reconstructionist Rabbinical College in Wyncote, Pennsylvania. He holds a Bachelor of Arts from Vassar College and a Masters of Arts in Jewish Art and Material Culture from the Jewish Theological Seminary in consortium with Columbia University and the Jewish Museum of New York. He has also studied at The American Jewish University in Los Angeles and The Hebrew University in Jerusalem. During his years of study, Rabbi Andrew was greatly influenced by Kabbalah which he says allowed him to discover his own sense of spirituality and a deep, powerful connection with God.

Rabbi Andrew has been our spiritual leader since 2002. Prior to coming to South Florida, he was the Assistant Rabbi at Bet Am Shalom Synagogue in White Plains, NY. For many years, he has been actively involved with many local and national Jewish organizations, including serving as a past President of the Broward County Board of Rabbis. He is currently the President of the Plantation Interfaith Association of Clergy and a leader of South Florida’s Ukrainian Refugee Resettlement Project. In 2016-2017 he had the opportunity to study at the University of Pennsylvania’s Katz Center for Advanced Judaic Studies as a LEAP Fellow. Since 2013, Rabbi Andrew has been a Rabbis Without Borders Fellow. He is a strong Zionist and loves to lead educational trips to Israel. Additionally, Rabbi Andrew is strong voice against antisemitism. Because of his leadership, in 2022, Ramat Shalom was the first congregation to affiliate with the Anti-Defamation League’s Southern Division Signature Synagogue Program which unites synagogues across the south as we fight antisemitism and hate.

Rabbi Andrew posts regularly on his blog. His work can also be found on The Wisdom Daily. He is active on Facebook, Instagram and Twitter. In 2010, he and his children, Abigail and Jonah, published God Looks Like A Hug, a wonderful story that captures a very spiritual conversation between a father and son.

Rabbi Andrew and his wife, Rabbi Cheryl Jacobs live in Plantation with their two dogs, Ella and Caroline, both Portuguese Water Dog. Rabbis Andrew and Cheryl are incredibly proud of their two children, both products of Ramat Shalom and currently away at college.
We hope that you’ll come and meet our Rabbi! 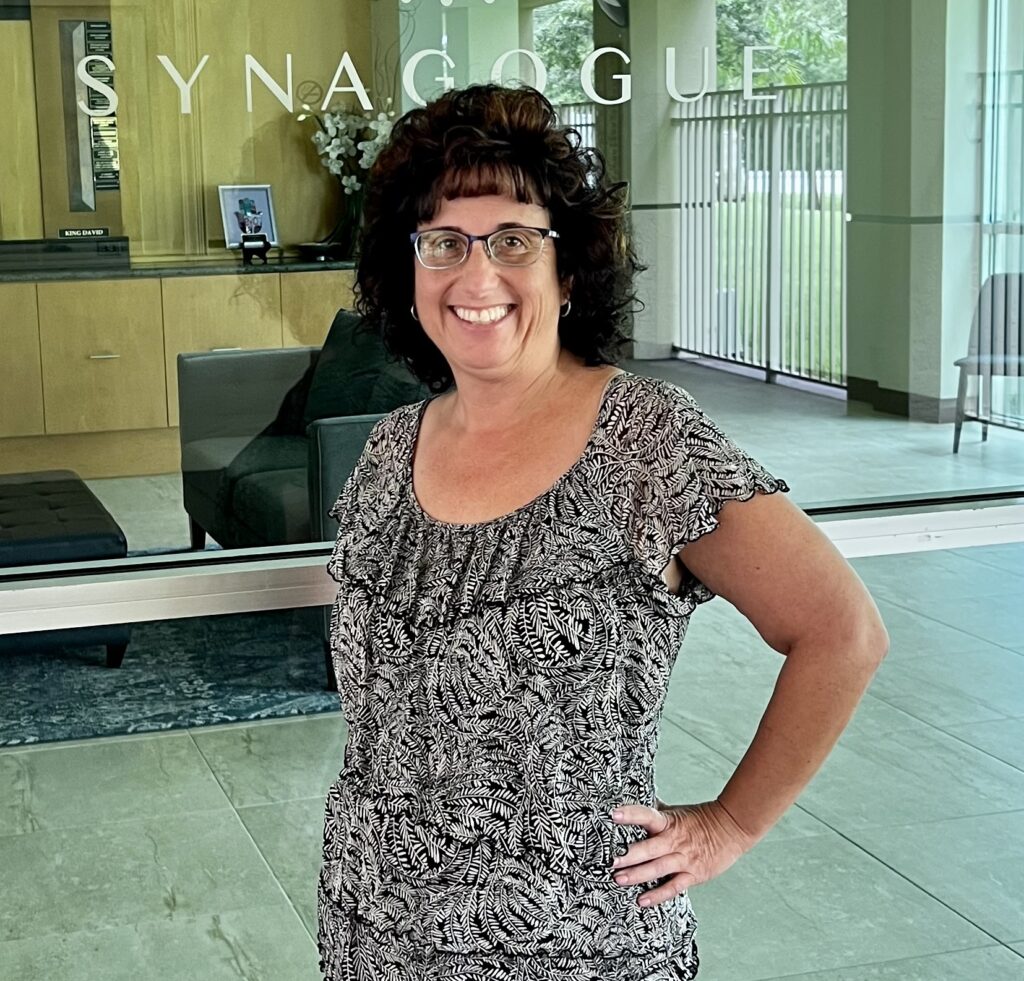 Marissa Steinberg is a long-time community member of Ramat Shalom, where she attended Hebrew School, became a Bat Mitzvah and continued her Jewish education until she graduated high school. She attended University of Miami and obtained both her bachelor’s and master’s degree in Special Education. Prior to working at Ramat Shalom she was a teacher at Scheck Hillel Community School and a researcher at University of Miami, focusing on students with diverse learning needs. Marissa is excited to bring her passion for education and interpersonal connection to Hebrew School, Youth Group, iServe and the Early Childhood Center. 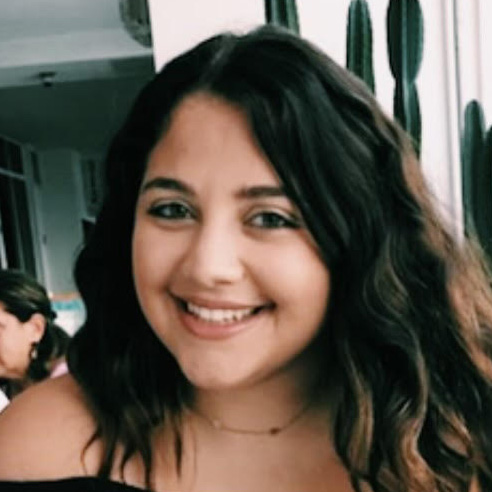 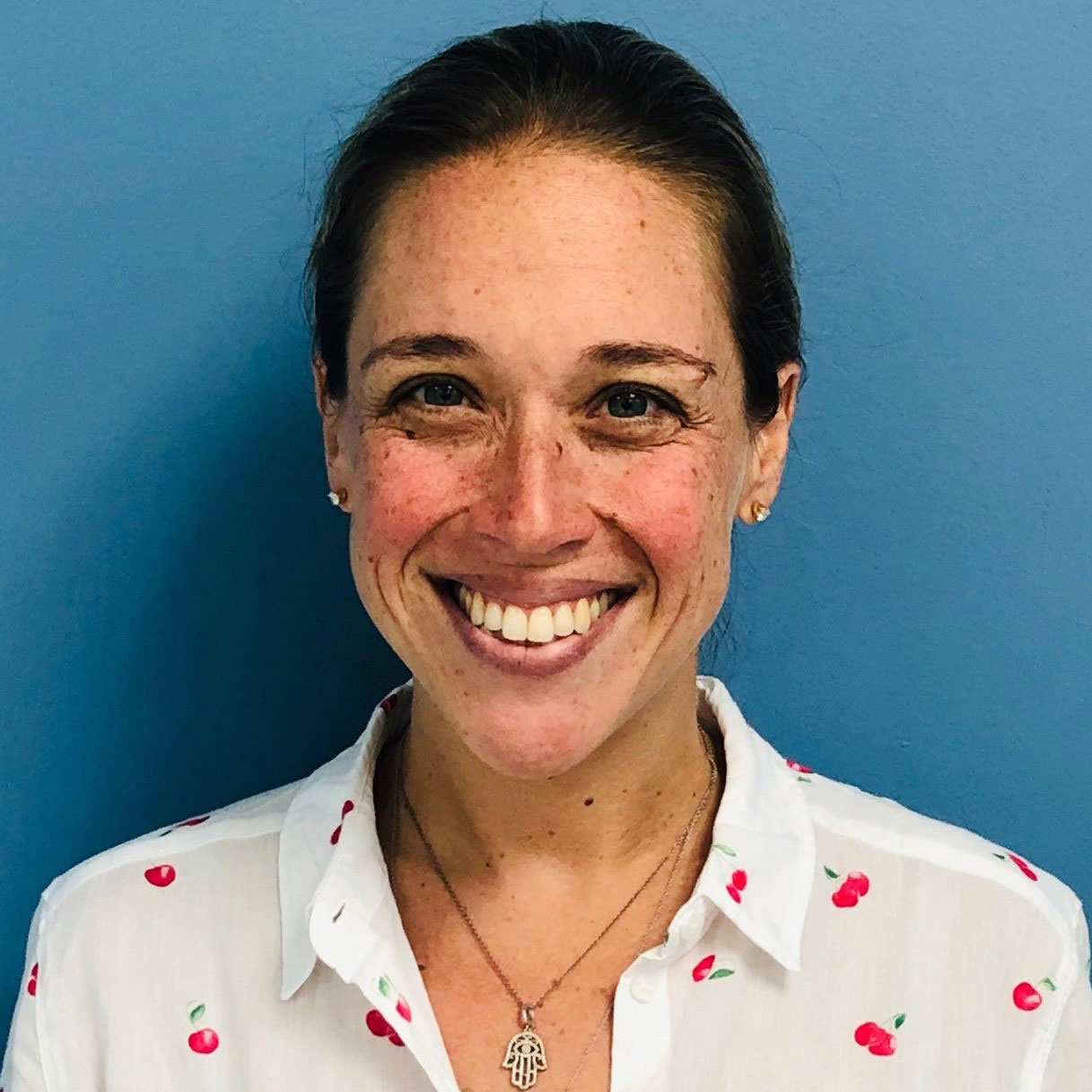 Lindsay Duggar is our Early Childhood Director. She grew up in Plantation, graduated from Plantation High School, earned her undergraduate degree from the University of Florida and her master’s degree in Social Work from the Florida State University. Ms. Lindsay is a Licensed Clinical Social Worker and holds an Advanced Directors Credential in Early Childhood with over 15 years of experience working with children and their families.
Lindsay and her husband Jason’s , love for Ramat Shalom started as parents searching for the best school for their children, Layla and Lincoln. Once she found Ramat Shalom, they knew they had found the most loving and nurturing environment where students excel both socially-emotionally and academically.

Anna Payne is our Early Childhood Assistant Director. She holds a bachelors degree in Psychology. She moved to South Florida in 2006 and found Ramat Shalom while searching for the perfect educational foundation for her children, Melia and Kai. She fell in love with Ramat’s nurturing approach to education and dedication to social emotional growth. 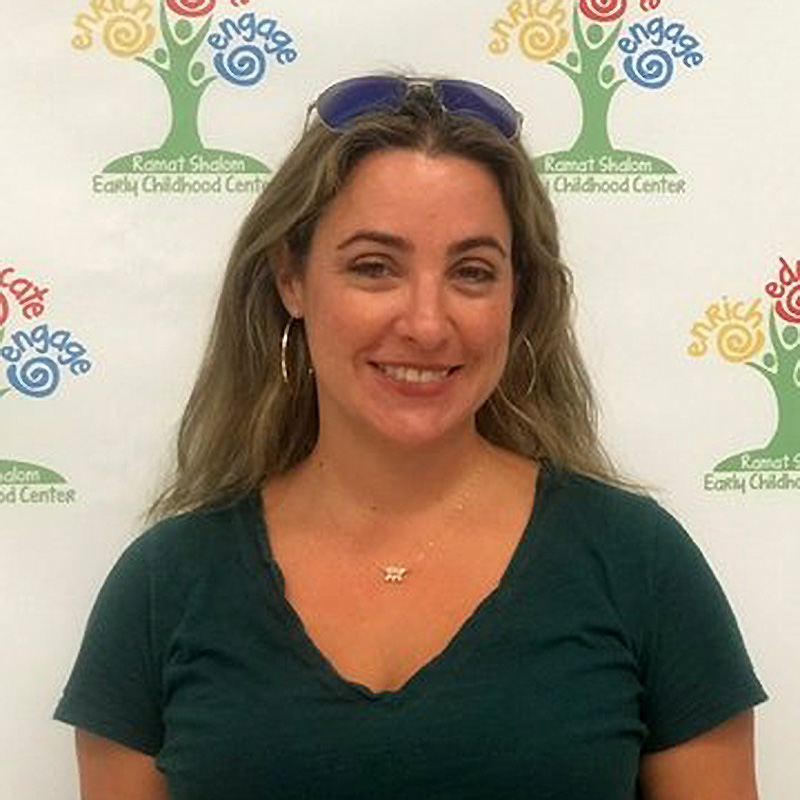 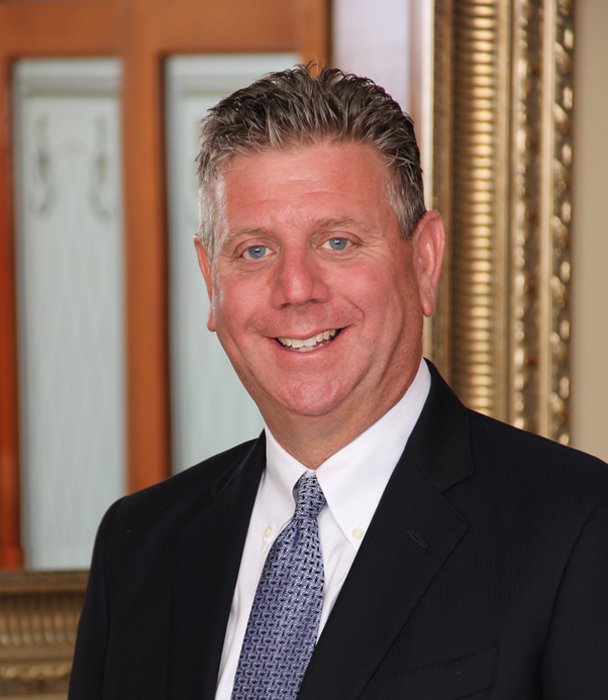 Robert has been active at Ramat Shalom for many years and has served on our Board of Directors for a decade. He is deeply committed to Ramat Shalom and building a leadership team that reflects who we are as a community, a diverse team that will move us with strength into the future. Robert is a partner at Neufeld, Kleinberg & Pinkiert, P.A. He has served on the Board of Directors of the Nova Southeastern Law School Alumni. Additionally, he has been a member of the Association of Florida Trial Lawyers, and the Broward County Trial Lawyers Association. Robert is married to Jennifer, and has two children, Max and Ava. He is a big Miami Dolphin, Heat and Marlins fan.
2022-2023 Board of Directors

Rabbi Cheryl Jacobs is committed to making spirituality accessible to all “spiritual seekers”. Having served as a congregational rabbi for many years, Rabbi Cheryl has a great deal of experience connecting with individuals and families. She has also spent much of her career working with those who are not connected with a synagogue. She strongly believes that in the 21st century, anyone who wants to connect to Judaism should have meaningful opportunities to do so. 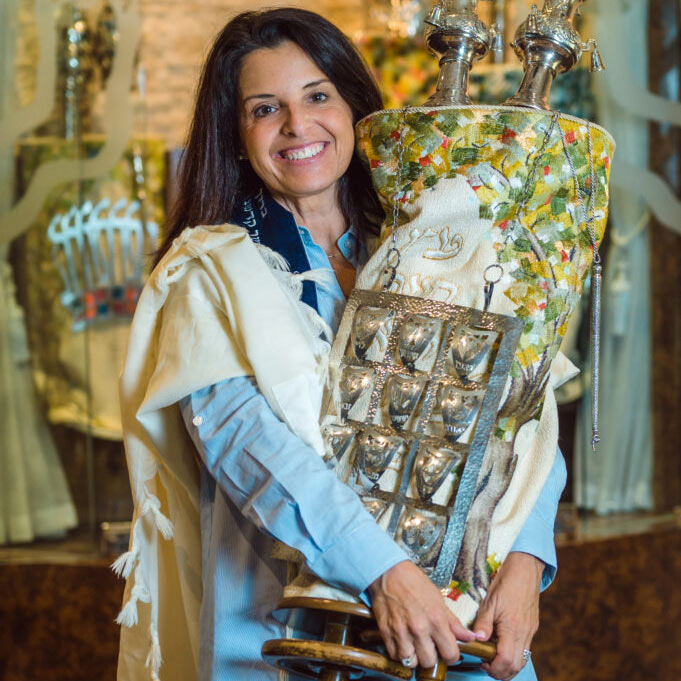 As the Director of ISH, a spiritual source and service that provides comfort, community, education, celebration and growth rooted in Jewish wisdom, a Chaplain for the Davie and Fort Lauderdale Police Departments, and the Rabbi at NSU Hillel, Rabbi Cheryl is deeply connected to various aspects of the larger South Florida community. As such, she ensures that the warmth of Ramat Shalom has great reach and the doors of our synagogue are always open to anyone seeking a meaningful, spiritual connection. Rabbi Cheryl was ordained as a Rabbi by The Jewish Theological Seminary and holds an MA from Yale University and a BA from Hobart-William Smith. Rabbi Cheryl is a CLAL RWB alumni, an 18 Doors Fellow. She and Rabbi Andrew are the proud parents of Abigail and Jonah. 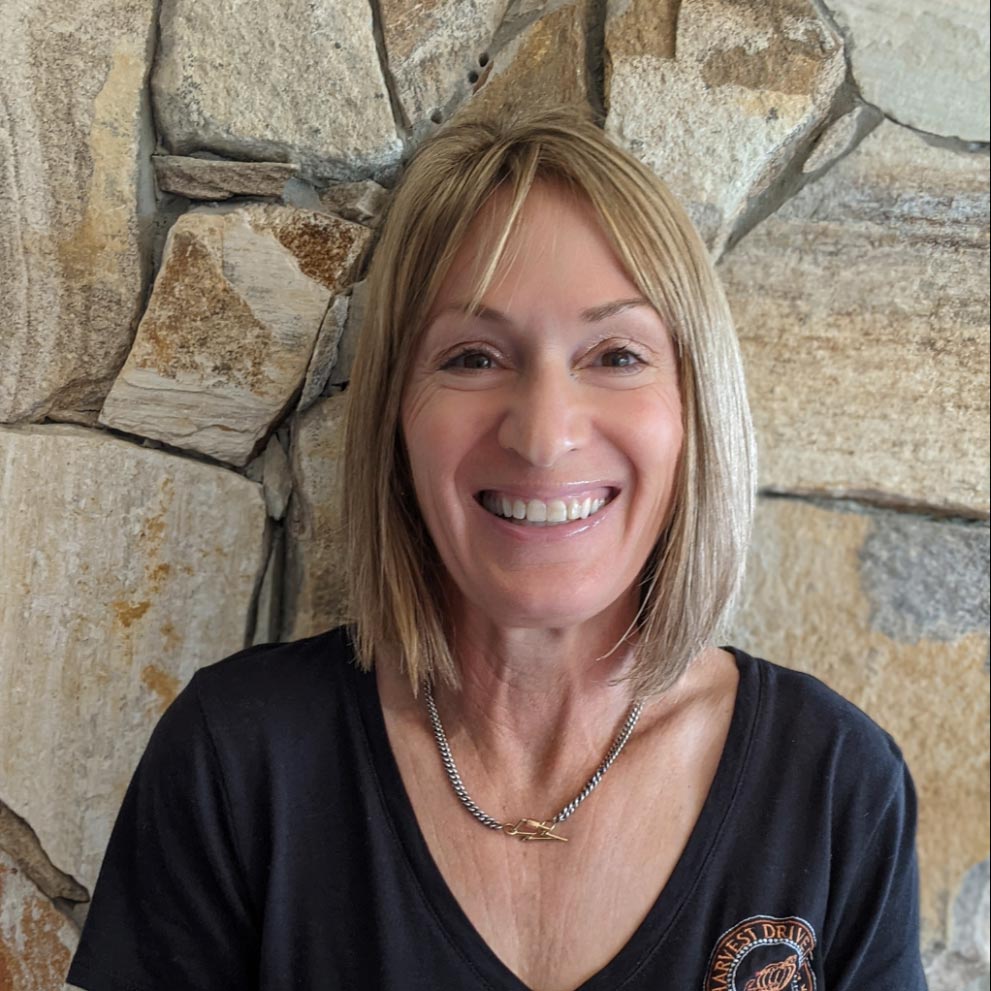 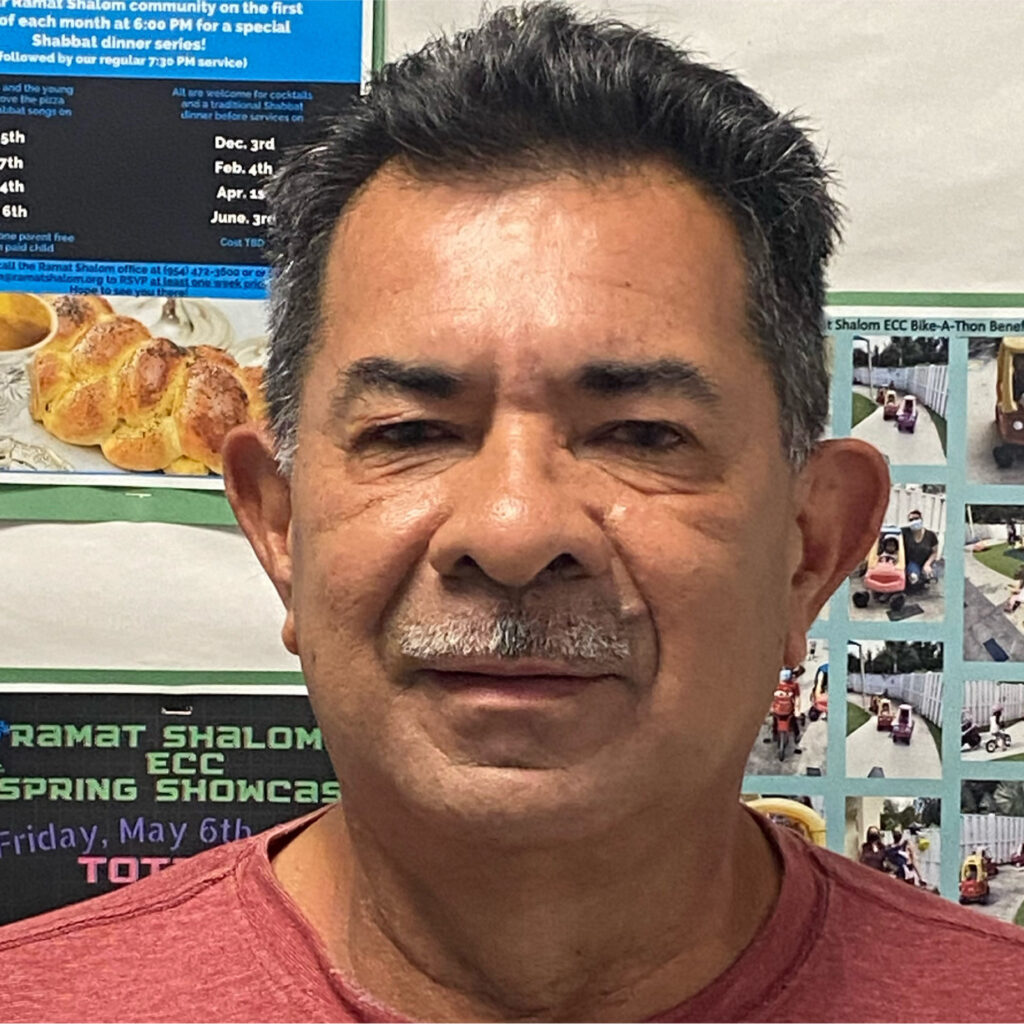 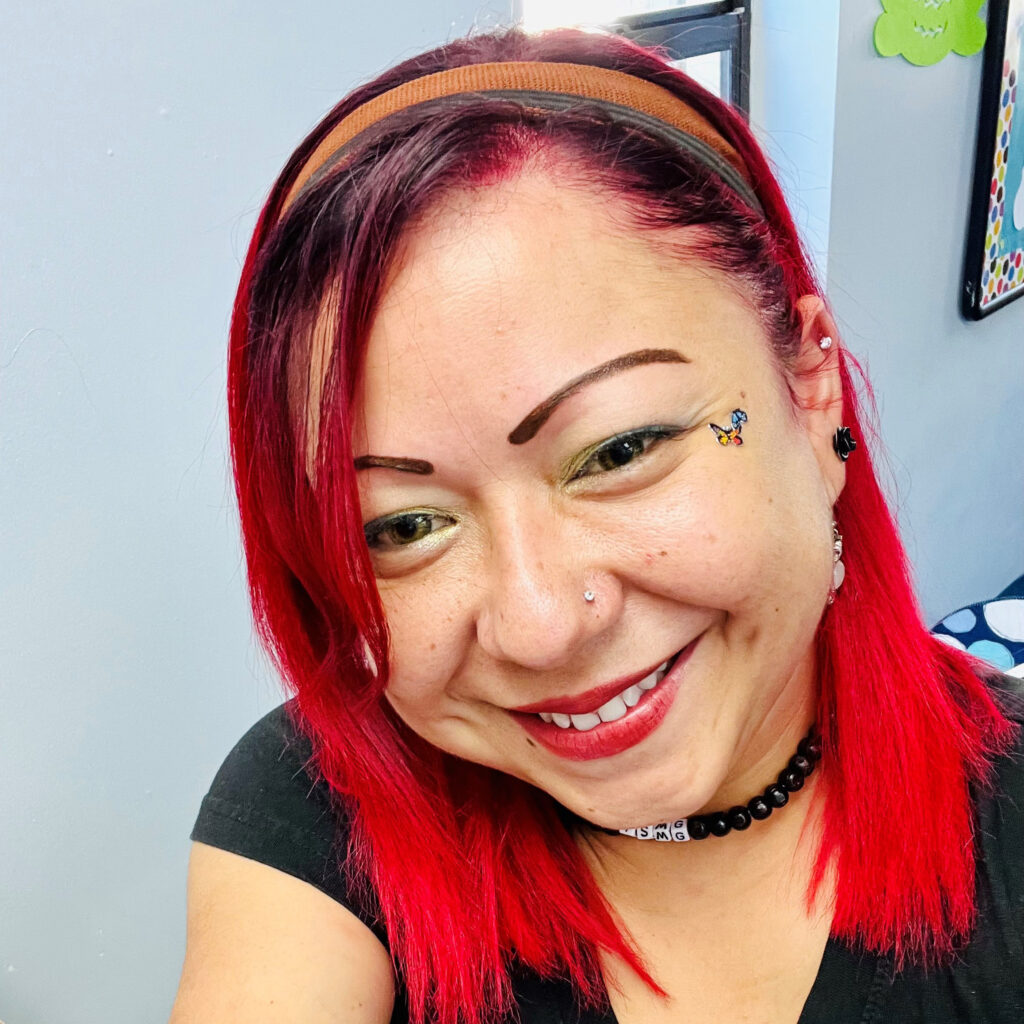 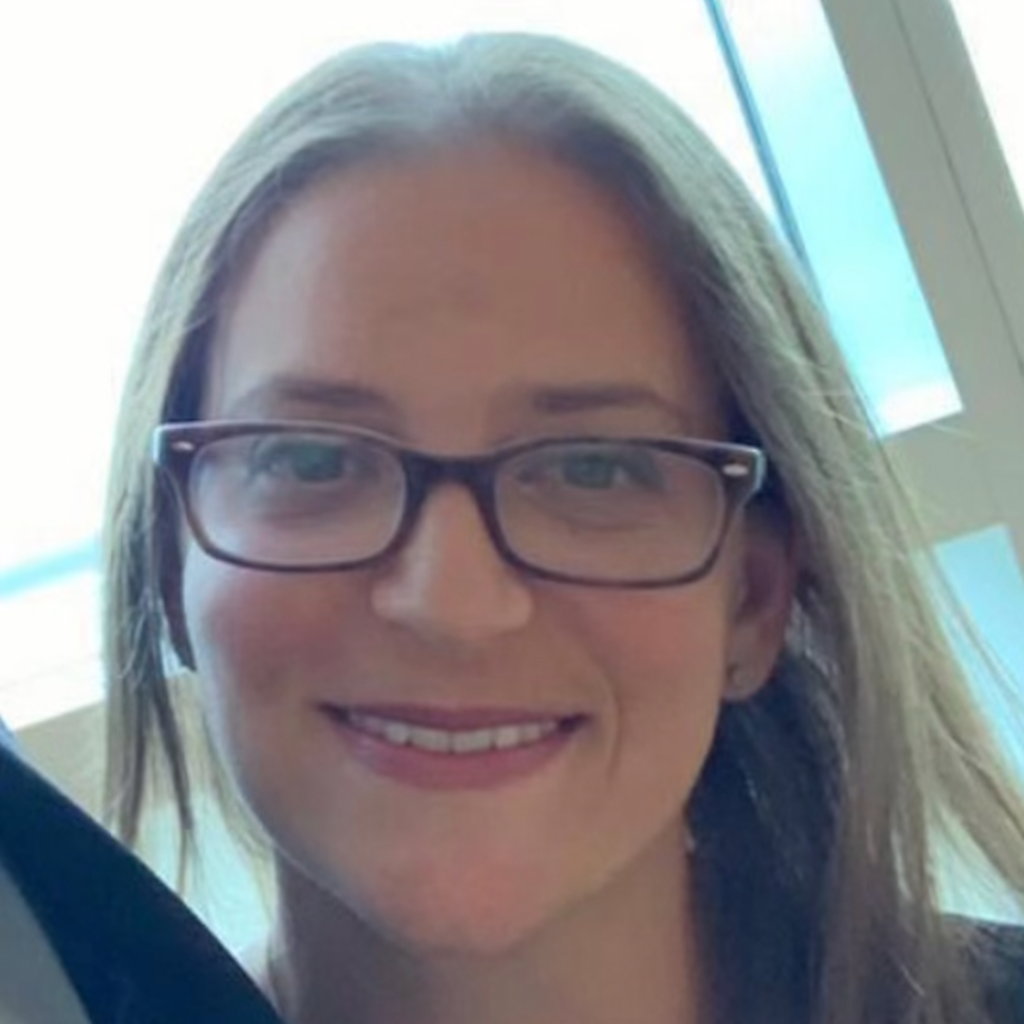 We look forward to welcoming you to one of our many events and programs. We can’t wait to see you!